We recently spent several days in Paris and all I can say is, "Ooh Lá Lá!"


I highly recommend it as a place to visit. Not that Paris needs any recommendations, let alone mine, but I know I'm not the only person who might have had major trepidation as negative French stereotypes abound:

We encountered NO rude waiters. In fact, every dining experience in Paris was delightful and came with a lower price tag than eating in Switzerland! Go figure!

We encountered NO rude French people at all. Every encounter we had was amazingly kind. Many times we were helped by random strangers when we were looking for the train platform or trying to read signs.

We encountered NO stinky people. Or at least no stinkier than us. We exclusively rode public transit
during a record breaking heatwave with intermittent air conditioner availability and still the French were not stinky. 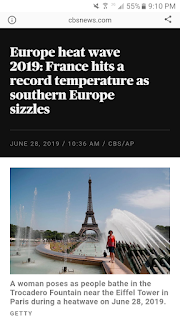 We had a delightful Airbnb host in the heart of the city. While our apartment had no AC, we did have a fan.

We saw NO one wearing a striped shirt and beret.

We saw A LOT of smoking, but when compared to Switzerland, it was about the same.

We saw A LOT of baguette consumption. Mostly by our own daughter, Colleen

Any fear I had going into this trip was for not. The French, Parisians in particular, are amazing and the amount of fun we packed into just a few days is impressive, if I do say so myself.

On our first full day in Paris we visited Disney Paris. Having grown up in Anaheim, CA I was curious about Disney parks in other countries. Disney Paris did not disappoint. Although quite a bit smaller than CA Disneyland, we had an enjoyable day in the happiest hottest place on earth:

Huge shout out to the Leis family for the hot tip on discount tickets!

Then we went to as many Parisian historical sights as we could:


Besides the fun sights, we also partook in amazing Parisian pastries.


The girls participated in a quest for the best eclair: 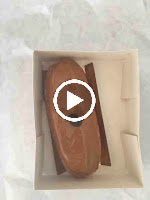 And as luck would have it, we happened to be in France when the FIFA Women's World Cup was going on and we were able to watch the US team beat France on TV as it was happening just a few miles from our apartment. We cheered at odd times compared to the French neighbors.


Today's poem is a reminder to think beyond stereotypes because the beautiful people of Paris await your visit: