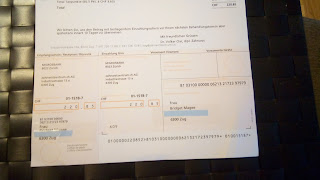 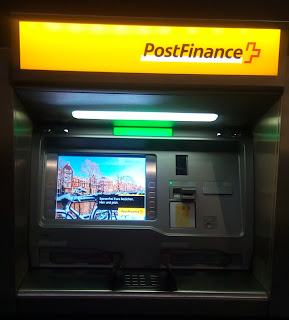 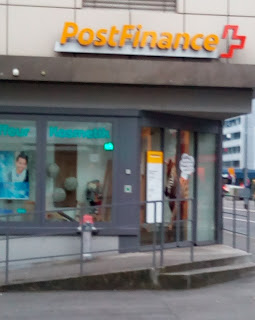 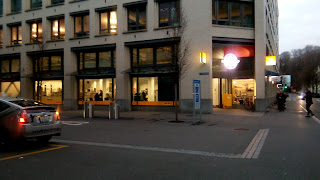 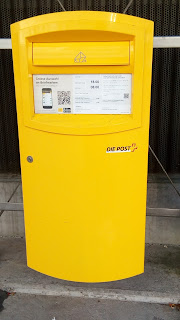 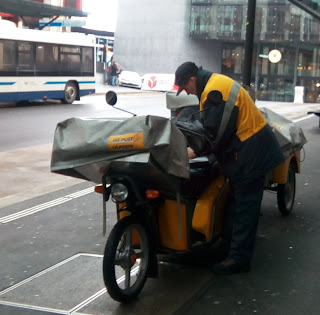 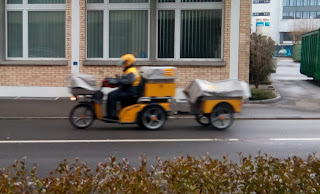 For as long as Joe and I have been married (28 years and counting...) I have always sent out Christmas cards. In recent years, along with the cards, I have included mixed nut year-in-review poems in lieu of an annual Christmas letter.

This year, living in Switzerland, it is monetarily prohibitive to send cards and Nutshell News via snail mail to everyone on our Christmas list (2CHF per letter abroad!). So this post will have to serve as the platform for the 2017 Magee/Uhlik Family Nutshell News: 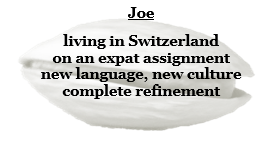 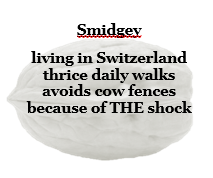 Please let me know via the comments or direct email (bridget@bridgetmagee.com) what's been happening in your world in 2017. I'm going to miss  receiving your Christmas cards, your pictures, and your letters by post. I get homesick sometimes.
2 comments:
Labels: 2017 Magee/Uhlik Family Nutshell News, Bridget Magee, children's poetry, Christmas card

It's Beginning to Look A Lot Like Weihnachten in die Schweiz

...you can tell that it is looking a lot like Christmas here in Switzerland. But what made it really seem like Christmas is our special delivery 'gift' from the United States:

The Magee-Uhlik family is together again for the holidays:

Between the fact that we don't own a car so I have to carry home whatever I buy and the fact that our refrigerator is about half the size of a US fridge, I grocery shop often. Since Monday I have been grocery shopping twice, with a third trip planned for later today because we need milk. (A particular growing teenager is keeping the Swiss milk producers in business.)

For the most part, food is food no matter where you live. Meat, vegetables, breads are all pretty much the same the world over. But there are a few items I've seen in the grocery store here that have caused me to do a double take (and pull out my camera in the store and take a picture).

For example, one of my favorite things to eat here is: 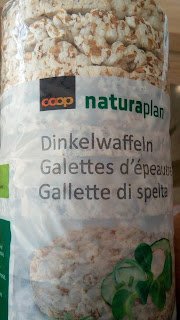 But Joe can not get over the name "dinkel" (think like a 12 y/o boy and you will understand). Literally translated, these are 'spelt waffles'. Basically, they are wheat cakes (like rice cakes, but made with wheat) and are delicious smeared with peanut butter.

Which brings me to the subject of peanut butter. Apparently, the Swiss (and other European countries) are not big on peanut butter. This is the only brand and size of 'real' peanut butter I can find at my local grocery store (imported from the US)

Nutella and Biscoff brand spreads are big here, but both taste like dessert. Hazelnuts are popular, but not so much peanuts.

Next, I found this particular brand of oil on the shelf: 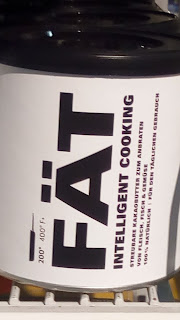 I didn't buy it, I just took a picture of it, much to the chagrin of the elderly Swiss woman looking incredulously at me.

And finally I saw this laundry detergent - should I send some to the T who shall not be named?


As a bonus, here is a coffee choice in a vending machine at the bahnhof:


My poem is dedicated to the lovely woman I met in aisle three:
my camera poised
I block the aisle
to a passing harrumph
I weakly smile
©2017, Bridget Magee. All Rights Reserved.
4 comments:
Labels: Bridget Magee, children's poetry, grocery shopping, Strange but True

Over the weekend, Joe, Maureen, Smidgey and I went to Stresa, Italy. It was our first trip outside of Switzerland...but definitely not our last.

Stresa is on the shores of Lago Maggiore: 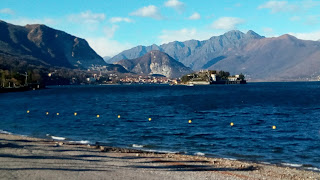 It is basically a summer resort town, so being there in December gave us a different perspective:
But experiencing the Italian Christmas spirit was well worth the chill in the air. (Though it was at least 10 degrees warmer than Zug with no snow.)


The Italian locals we met were friendly, kind, and didn't mind that we didn't speak Italian.

As per our usual experience, we didn't understand a lot...

...but that didn't slow us down. Between our tiny bit of Spanish (surprisingly helpful when trying to speak basic Italian) and our crazy American gesticulations, A LOT of Italian food can be ordered and consumed! (Though I did have occasional Deutsch outbursts which kind of confused matters even more.) The best part for Joe was that everything costs about 1/3 of what it costs in Switzerland! Più pizza per favore!


The only downside was walking Smidgey on the narrow streets (with no sidewalks). And Italians like to drive FAST - luckily most of them have tiny cars.

And when we returned to Zug we were met with white-out conditions: 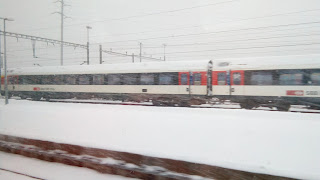 But, alas, the snow is not so bad. Especially when an Italian (or French or German or Austrian or...) adventure is only a train ride (or four) away.